“Prime Minister Justin Trudeau has apologized for his refusal to answer a question in English when asked specifically about English mental health services at his town hall meeting in Sherbrooke, Que., last month.”

Trudeau has called Judy Ross, the woman who asked the question in English and one of the founders of Mental Health Estrie, to offer his apologies. According to Ross, he told her he made a mistake and that he has learned from the mistake.

He also sent a letter to the QCGN reiterating the importance of bilingualism in Canada and to express his sincere regrets. Our president, James Shea, said he was pleased with the letter. 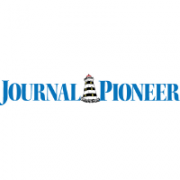 Sherbrooke: Trudeau admits he could have spoken English during town hall meeting (FR)

Justin Trudeau conveys ‘sincere regrets’ for not answering in E...