“It was a good meeting,” says QCGN Director General Sylvia Martin-Laforge of the pre-budget consultation with Quebec Finance Minister Eric Girard. The QCGN called for more equitable funding for English services, as well as for wide-ranging hearings to be held on the potential negative impacts that could be created by Bill 96.

Several Quebec municipalities with an English-speaking population of less than 50 per cent have announced that they intend to retain their bilingual status. The fact that towns with even a fractional English-speaking population are protecting their citizens’ rights to access services in English sends a strong message to the Quebec government, says QCGN Director General Sylvia Martin-Laforge.

Montreal Mayor Valérie Plante has no commitment to give on whether the borough of Pierrefonds-Roxboro will retain its bilingual status.  A spokesperson for the mayor says that the decision will be made in the new year after consultations with the borough. “We trust that Mme. Plante and her administration will do the right thing and will consider the diversity of Montreal and recognize that individual Quebecers need services in English in important sectors in their lives for taxes and for general services,” says QCGN Director General Sylvia Martin-Laforge. 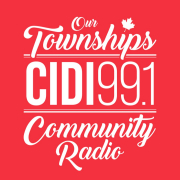 “We want the stability of having English and French recognized equally in our provinces and as Canadians,” says QCGN Executive Director Sylvia Martin-Laforge, adding that Bill C-13 goes directly against this goal. There’s an asymmetrical approach now to English and French in Bill C-13 and the “Official Languages Act” that we do not agree with,” she explains.

The majority of French-speaking Quebecers support the right for those in the province’s English-speaking community to receive government services in English, according to a Léger poll commissioned by the QCGN. “As the National Assembly begins its work, we want all parties to understand, to be aware of what Quebecers feel about access to services for a minority linguistic population,” says QCGN Director-General Sylvia Martin-Laforge.

A recent poll by the QCGN indicates that 77 per cent of Quebec Francophones believe that the federal government should continue to safeguard the rights of the province’s English-speaking minority, while 87 per cent of Quebec Anglophones believe that Ottawa should do more. “This is not a divisive issue,” says QCGN Director General Sylvia Martin-Laforge in a statement: “In fact, there is a clear consensus uniting French- and English-speaking Quebecers.”

Quebecers will have the chance to have a free 15-20 minute consultation with a lawyer during a province-wide bilingual legal clinic organized by the Jeune Barreau de Montréal, along with the Barreau du Québec and the Centre d’accès à l’information juridique. QCGN Director General Sylvia Martin-Laforge praises the initiative: “The biggest challenge that an English speaker faces when they’re looking for legal services is knowing where to go.”

Bill 96 will make Quebec less attractive for outsiders looking to bring business to the province, says Sylvia Martin-Laforge, executive director of the QCGN. “The business community is not shouting its opposition from the rooftops,” she adds.