Leaders of the province’s English-speaking community vowed to speak loudly and often against Bill 96, which was passed in the National Assembly on Tuesday.

“We are very concerned about the erosion of rights of all Quebecers that were introduced by a government that seems to care more about scoring political points for the upcoming election than it does about good governance,” said Matt Aronson, a spokesperson for the Quebec Community Groups Network. “We hope citizens will recognize that this bill is bad law and we hope provincial and federal politicians will do something about this bad law before it goes any further.” 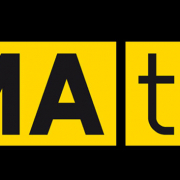 Matt Aronson, secretary of the Board of the QCGN, along with Liberal MNA David Birnbaum and Dawson Student Union President Alexandrah Cardona, speaks about the cancellation of the Dawson College expansion project by the Coalition Avenir Québec government.

On Feb. 23 during a Quebec National Assembly committee meeting on culture and education, CAQ Minister for the French Language Simon Jolin-Barrette proposed an amendment to the bill that will require students at English CEGEPs to take at least three courses in French, which aren’t French language or physical education courses, to graduate.

Quebec Community Groups Network board of directors secretary Matt Aronson, during an interview with the Low Down, said this requirement may be a systemic barrier for non-French speakers who seek a higher education in Quebec.

A flurry of changes to Quebec’s proposed new language law were either accepted or rejected Wednesday, helping show what the final law could look like as it slowly takes shape.

All of the proposals called for French-strengthening measures, but the CAQ government liked some and threw out others.

The Quebec Community Groups Network (QCGN) has many issues with Bill 96, but Wednesday’s vote, it said, is a win for the English community and also for francophones.

“I have yet to meet a single francophone who, after studying in an English language institution, loses the ability to speak French and their identity as Quebecers,” said Matt Aronson, secretary of the executive committee of the QCGN, in an interview. 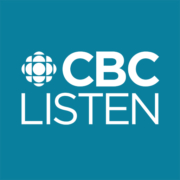 “We are shocked, but we are not surprised” by the Coalition Avenir Québec government’s decision to cancel the Dawson College expansion, says QCGN Board Member Matt Aronson. Also commenting on the government’s decision are the chairman of Dawson’s Board of Directors Michael Goldwax, and former Senator and journalist André Pratte.

An organization supporting Quebec’s English community says it’s a question of language – not budget – that saw the province reverse course on its promise to provide $100 million to expand Dawson College.

The Quebec Community Groups Network (QCGN) says it’s clear the province is playing favourites when it decided the funds previously earmarked for Dawson would be better spent on the province’s French-language CEGEPs.

Plans for a new pavilion and medical clinic at Dawson College in Montreal have been shelved by the province, and many supporters of the project are feeling disappointed.

“At this late stage, when the demand is there […] to find out that it’s been withdrawn because of the language in which the instruction was to occur? I can’t help but think that perhaps the CAQ government is looking in the wrong place to find its priority,” said Matt Aronson of the Quebec Community Groups Network.