Speaking with columnist Allison Hanes, former QCGN President Marlene Jennings reflects on her 18 months as head of the organization, and the ongoing battle against Bill 96.

Marlene Jennings has announced that she is stepping down as president of the Quebec Community Groups Network, the English-language advocacy group that has been in the spotlight for the past year speaking out against the newly passed language law Bill 96.

Marlene Jennings has stepped down from her role as president of the Quebec Community Groups Network, the QCGN announced Friday.

“Thank you for your Herculean efforts these past 18 months,” the group said in a tweet.

QCGN president Marlene Jennings has decided not to seek another mandate after serving in the post for two years.

“I would like to express our community’s deep disappointment with the federal government’s recognition of the Charter of the French Language as amended by Bill 96 in the Official Languages Bill,” QCGN President Marlene Jennings said in committee on Monday.

Montrealers came out Thursday at Place du Canada to rally against Bill 96, Quebec’s French language reform. The bill was officially adopted at the National Assembly on Tuesday – and leaders of the province’s English-speaking community say they will continue to be vocal against it.

“We have a long way to go, but we’re on it and court challenges are in the works,” shouted Marlene Jennings, the president of Quebec Community Groups Network (QCGN), over the crowd of demonstrators.

Around 500 people led a protest Thursday against Bill 96 — the province’s new language reform law that brings sweeping new changes that some say it not reflective of an inclusive Quebec.

“Premier Legault and the CAQ has completely re-ordered the societal democracy that we have built,” says QCGN President Marlene Jennings, “And when I say ‘we’ I mean all Quebecers.” 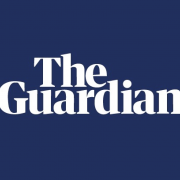 “Bill 96 is the most significant derogation of human rights in the history of Quebec and Canada,” Marlene Jennings, head of the Quebec Community Groups Network, which promotes the rights of English-speakers in the province, said in a statement. 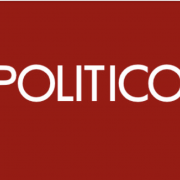 The tug-of-war over Bill 96, which was approved Tuesday, pitted the majority government and politicians who declared the French language’s viability was at stake against advocates who warned the law could weaken civil liberties in Canada’s second most populous province.

“Bill 96 will make it virtually impossible for someone to receive quality health and social services in English,” Marlene Jennings, president of the Quebec Community Groups Network, an advocacy organization for English speakers in the province, told POLITICO ahead of the vote. “It’s going to have a negative drag across the board.”

Bill 96 – according to the Quebec government – is a moderate reform that will improve protection for French-language while preserving English services. But critics say the bill will limit access to health care and more.