“As a journalist, a committed federalist and the first female chancellor of McGill University, Gretta Chambers was a multitasking trailblazer. Opinionated, forthright and gracious, this tiny, elegant woman bridged Quebec’s two solitudes effortlessly, explaining each group to the other – especially during turbulent times.”

This obituary written in the Globe and Mail celebrates Gretta Chambers’ many lifetime achievements. Michael Goldbloom, principal and vice-chancellor of Bishop’s University, praised her knowledge of both communities in Quebec, and reminisced about meeting her when attending Selwyn House at five years old.

It’s also where Michael met Geoffrey Chambers, now vice-president of the QCGN. Geoffrey also recounts the many great things Gretta has done for her son, from preparing meal for the entire football team, and the things she has done for her community.

Read the article in the Globe and Mail

“Gretta Chambers, the first female chancellor of McGill University and a prominent Montreal journalist for several decades, has died at the age of 90. She passed away Saturday morning at St. Mary’s Hospital in Montreal after undergoing treatment for a heart condition. “

Daughter of a French-speaking mother and an English-speaking father, she saw her role as a builder of bridges between Quebec’s divided communities. For this role, in 2012, she received a Goldbloom Award for distinguished community service.

Sylvia Martin-Laforge, director general of the QCGN, incensed Chambers’ accomplishments and said she embodied what was needed in Quebec to bridge both linguistic communities. 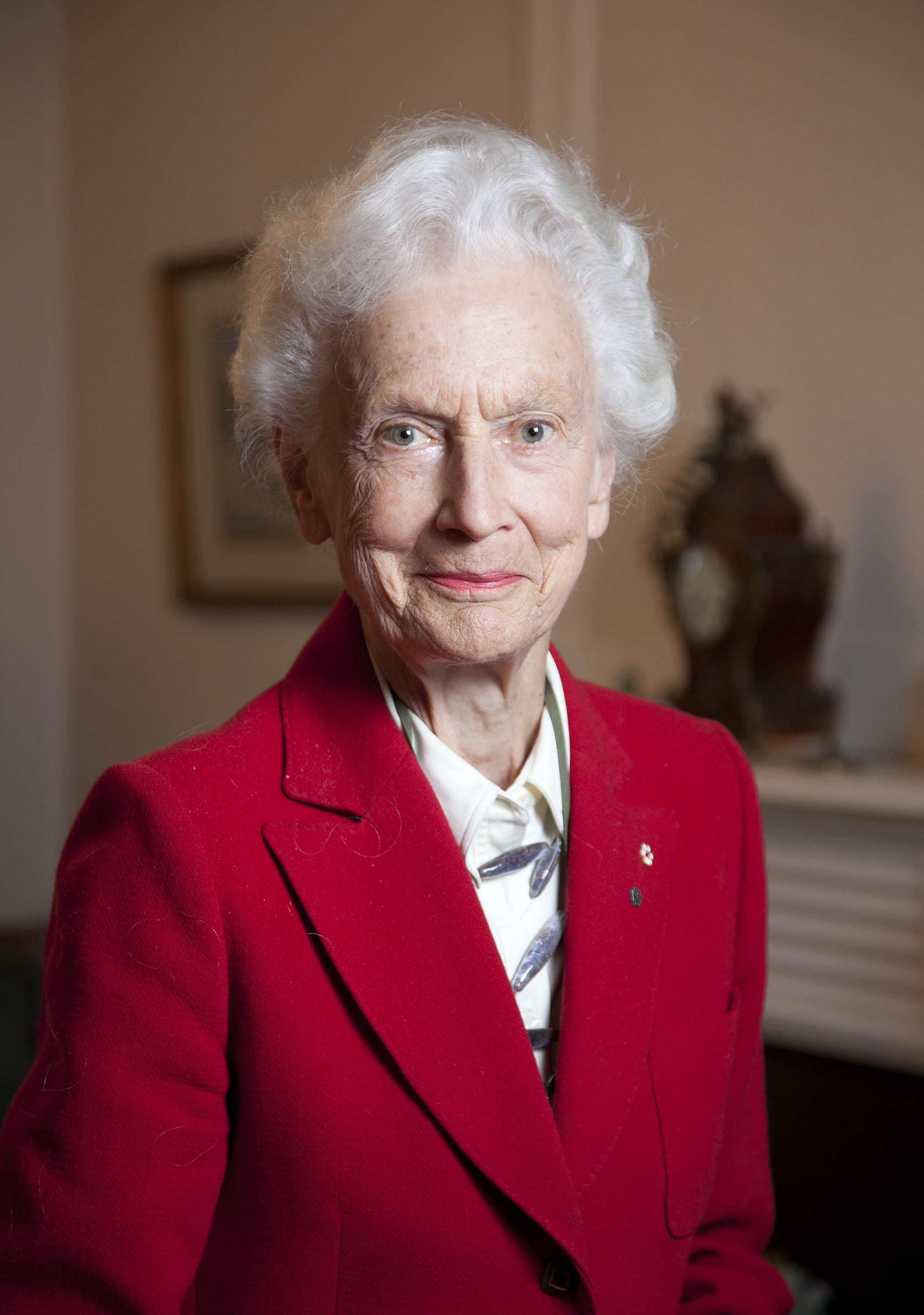 A funeral service will be held at 11 o’clock on Saturday, the 16th of September at Saint Léon de Westmount. In lieu of flowers, donations to Centraide would be gratefully appreciated http://bit.ly/GiveGretta

Montreal – September 9, 2017 – The Quebec Community Groups Network is deeply saddened to learn of the passing of community leader and trailblazer Gretta Chambers. She died Saturday morning, at the venerable age of 90.

“Her contributions to Quebec were nothing short of outstanding,” said QCGN President James Shea. The insights Mrs. Chambers provided during more than four decades as a social commentator for The Gazette and the CBC, from the mid-sixties to the early 2000s, helped shape the province’s understanding of itself during some turbulent times. “As a journalist, she explained French-speaking Quebec to English-speaking Quebecers and Canadians,” Shea noted. “In so doing, she became an important bridge builder between Quebec’s Two Solitudes.”

“I just always felt the importance of explaining, English and French, one to the other, of who we were,” Mrs. Chambers said in an interview upon winning the QCGN’s Distinguished Community Service Award in 2012.

“Gretta Chambers was une ‘Grande Dame’ of Quebec,” said QCGN Director General Sylvia Martin-Laforge. “She was a force of nature, blazing trails wherever she went. Chambers was the first female chancellor of a major university in Quebec (McGill) and the author of a seminal report on English education in Quebec that led to the creation of the Advisory Board on English Education, of which she was named the first chair. Many of the recommendations brought forward in her report, which aimed to preserve the vitality of English-language school boards, remain relevant today.”

“Gretta Chambers, a prominent journalist and the first female chancellor of McGill University, passed away Saturday morning at the age of 90 at St. Mary’s hospital in Montreal. “

Born in 1927, and a graduate from McGill in policial science, she married former MP Egan Chambers who died in 1994. She was one of the first English-speaking journalist to write extensively about French-speaking Quebec before becoming the first female chancellor of McGill University.

Sylvia Martin-Laforge, DG of the QCGN, which awarded Chambers with a Goldbloom Award in 2012, said that Gretta was a pioneer and role model for women, and for the English-speaking community.

The rejection of a proposition made by the Young Quebec Liberals to allow French-speakers to English schools inspired Robert Dutrisac to observe enrolment decline in English school boards.  Although French school boards also face slow demographic growth, Bill 101 limits free access to English schools. However, he states the vitality of the English-speaking community isn’t threatened because universities and CEGEPs are well frequented.

Even the QCGN hasn’t suggested to allow more French-speaking Quebecers in English schools to limit its enrolment decline.  The QCGN rather wants Bill 101 to allow Commonwealth residents that immigrated to Quebec in English schools.