As part of the Quebec Community Groups Network’s effort to better inform our community about its language rights, we are hosting a series of webinars. This second in the series The Official Languages Act and Quebec’s English-speaking Community will feature journalist, author and lecturer Graham Fraser, the former Commission of Official Languages.

Canada’s longest service Commission of Official Languages, Graham Fraser intervened in many judicial cases in Canada in order to defend the linguistic rights of Canadians. In 2007, he intervened in a case which opposed the abolition of the Court Challenges Program which led to the official languages minority component of the program being restored under the Language Rights Support Program. Fraser also appeared before the Supreme Court of Canada as a co-appellant in the DesRochers (CALDECH) case, which resulted in the Court’s broadening the interpretation of Part IV of the Official Languages Act and recognizing the public’s right to receive service of equal quality in both official languages. In 2008, he intervened in the Nguyen case, in which the Supreme Court’s interpretation took into account the interests of official language communities with regard to the rights guaranteed by section 23 of the Quebec Charter of Human Rights and Freedoms. Since leaving his post as Commissioner, Fraser has lectured on language policy in universities across Canada. He is a Senior Fellow, Graduate School of Public and International Affairs at the University of Ottawa and was a visiting professor at the McGill Institute for the Study of Canada. He is currently editing the diary that F. R. Scott kept during the years of the Royal Commission on Bilingualism and Biculturalism.

Register here to received the secure link to attend.

Download a copy of the press release in PDF

Montreal – December 13, 2017 – The Quebec Community Groups Network welcomes the appointment of Raymond Théberge as Canada’s 7th Commissioner of Official Languages whose nomination was officially endorsed by the House of Commons this afternoon.

Théberge, who holds a doctorate in Linguistics from McGill University, has more than three decades of experience serving official language minority communities from leading positions in government, academia, and the community sector. During his confirmation process, Théberge stressed the importance of research, and a firm evidence-base upon which to protect, and build upon the language rights of Canadians. He is also committed to ensuring that the participation of English and French-speaking Canadians in the leadership of his new office, and visiting the English-speaking community of Quebec as a first order of business.

“We look forward to him visiting Quebec’s English-speaking communities and QCGN is duty-bound to helping him better understand the needs and challenges of our Community of Communities as well as the many enduring policy gaps that impact our community.”

Traditionally held alternately by a French-speaking and an English-speaking Canadian, Théberge is the third Francophone and first commissioner from outside Ontario and Quebec to be appointed to the post since it was created in 1970 to ensure the application of the Official Languages Act and to promote bilingualism and linguistic duality. The Commissioner, who reports directly to Parliament, is responsible for the full recognition and widespread use of English and French within Canadian society, as well as within federal institutions and other organizations subject to the Official Languages Act.  The Commissioner of Official Languages is appointed for a seven-year mandate.

“Over the past decade, the QCGN has built a close relationship with the Commissioner of Official Languages,” remarked QCGN Director General Sylvia Martin-Laforge. “This relationship was a critical part of key community victories, like the recent establishment of a Secretariat for Responsible for Relations with English-Speaking Quebecers, and helping us get access to the highest levels of the federal government to ensure English-speaking Quebec’s unique concerns and priorities are heard and understood by policy leaders.

“The Office of the Commissioner of Official Languages remains a key community ally and immense source of support, and we will continue to fully support their work,” said Martin-Laforge, extending our organization’s and our community’s appreciation to Interim Commissioner Ghislaine Saikaley and her team who have held down the fort since Graham Fraser retired a year ago after more than a decade of outstanding service. 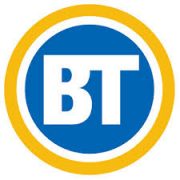 Sylvia Martin-Laforge, Director General of the QCGN, participated in a panel discussion on the state of the English-speaking community in Quebec on Breakfast Television with host Laura Casella. The panel with Canada’s Commssioner of Official Languages, Graham Fraser; the VP of the Association for Canadian Studies, Jack Jedwab; and lawyer Harold Staviss, followed an interview with the Commissioner.

“Quebec anglophones, like French-speakers elsewhere in Canada, need to be vigilant about ensuring their rights and needs are respected, says Canada’s outgoing Commissioner of Official Languages.”

The Montreal Gazette editorial board interviewed Graham Fraser as he concludes his 10-year mandate as Commissioner of Official Languages.

As Graham Fraser leaves office, Marco Fortier reviews the ten-year legacy of the exiting Commissioner of Official Languages. On the subject, QCGN Director General Sylvia Martin-Laforge mentions that linguistic rights are something that need to be used, to be kept alive. She thanks Graham for his last 10 years of service.

Read the article in Le Devoir

Quebec’s English-speaking minority community and Francophone minority communities outside Quebec need the support of the federal government to ensure they take full advantage of the positive impacts that immigration can have on them, said Commissioner of Official Languages, Graham Fraser, as he delivered in his 2014-2015 Annual Report released earlier today.

The office would better serve the 600,000-strong community, says Fraser, who met with the three anglophone MNAs and came away with the impression there was “no indication” such an office would be created by this government.

Sorry, no posts matched your criteria