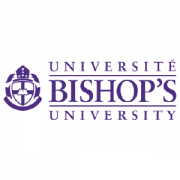 Sherbrooke, December 12, 2016 – In August 2017 Bishop’ University will welcome young English-speaking Quebecers to its Lennoxville campus for a week-long Civic Leadership Institute. This initiative is being supported by the Quebec Government as part of its Stratégie d’action jeunesse 2016-2021.

The Institute, which is part of the action plan announced on Monday by Premier Philippe Couillard and Karine Vallières, Parliamentary Assistant to the Premier (Youth) and MNA for Richmond, is being led by Bishop’s Dean of Education, Marie-Josée Berger with the support of the Quebec Community Groups Network (QCGN).

The English-speaking community’s best and brightest would like to stay in Quebec, but feel they have an uncertain future here, a new study suggests.

The study of young anglophones and francophones also suggests that anglophones are more likely to report having been victims of discrimination on the basis of language than members of the French-speaking majority.

On Friday, study author Richard Bourhis, a professor of psychology at the Université du Québec à Montréal, presented preliminary results of his research on anglophones’ and francophones’ attitudes on migration from Quebec at a meeting of the Quebec Community Groups Network (QCGN).

In order to encourage English-speaking youth to vote in the upcoming municipal elections, the Quebec Community Groups Network (QCGN), in partnership with the Directeur général des élections du Québec (DGEQ) has launched the Vote it Up campaign and is recruiting young ambassadors to mobilize youth to go to the polls on November 3.

“Youth are more inclined to get out and vote and get involved when they are engaged directly by someone they know. We have proposed a series of activities our young recruits can implement in their community to educate their peers about the importance of voting,” explains Rosanna Tomiuk, the campaign’s spokesperson. “Youth aged 18 to 35 represent 25 per cent of the population of Quebec, but less than 30 per cent of us went to the polls in the last municipal elections.”

November 17, 2011 – CBC has teamed up with the Quebec Community Groups Network (QCGN) and community groups in Quebec to sponsor a video contest that encourages English-speaking high school students to discover the history and heritage of their families and communities.

”As the country’s public broadcaster, CBC is committed to connecting people and telling their stories, ” said Pia Marquard, managing director at CBC Quebec. ”Our history and traditions are incredibly rich here. I’m looking forward to seeing the videos these students produce.”

Co-sponsored by the English-Language Arts Network (ELAN), the Quebec Anglophone Heritage Network (QAHN) and the Quebec English School Boards Association (QESBA), the ‘My Quebec Roots’ video contest is designed to highlight the vibrant stories of their communities through pictures, sound and spoken word, exploring their past through the traditions of oral history and recording the stories of their community and family elders.

CBC has teamed up with the Quebec Community Groups Network (QCGN) and community groups in Quebec to sponsor a video contest that encourages English-speaking high school students to discover the history and heritage of their families and communities.

”As the country’s public broadcaster, CBC is committed to connecting people and telling their stories, ” said Pia Marquard, Managing Director of CBC Quebec. ”Our history and traditions are incredibly rich here. I’m looking forward to seeing the videos these students produce.”

Better French skills are a key aspiration for Quebec’s English-speaking youth, as highlighted in the Quebec Community Groups Network’s report, Creating Spaces. The Concours d’art oratoire program, now in its ninth year, helps fulfill that aspiratin by giving youth a meaningful forum in which to practice and develop their French-speaking confidence.