It is more important than ever before for English-speaking Quebecers to get out and vote in the upcoming provincial election, says Eva Ludvig, interim president of the QCGN. Though some in the English-speaking community may be feeling discouraged after four years of “assault” from the Coalition Avenir Québec government, Ludvig continues: “There are about 40 ridings where there are a significant portion of English speakers and they do make a difference.”

Columnist Emilie Nicolas suggests that groups and individuals opposing Bill 96, including the QCGN, form a coalition to counter the Coalition Avenir Québec’s brand of Quebec nationalism. “For a counter-narrative to emerge, more unity, and stronger coalition-building is necessary,” she writes.

MONTREAL, April 14, 2022 – English-speaking Quebecers are deeply disappointed that the Coalition Avenir Quebec (CAQ) government has refused to correct an ill-advised measure in Bill 96 that would impact the educational success of our youth.

Increasingly over the past few months, English-speaking Quebecers have been witnessing alarming signals.

Less than two months ago, the Coalition Avenir Québec (CAQ) government gutted the provincial committee responsible for advising the government on the delivery of health and social services to English-speaking Quebecers. It now seeks to replace the ousted members, presumably with others who may be more compliant. This has left in limbo regional access programs that list which services are available in English in any given region.

Without consulting our community, the CAQ cabinet last week appointed a new assistant deputy minister responsible for the English-language educational network as well as intercultural and Indigenous relations, the most senior bureaucrat responsible for services to English-speaking Quebecers. The candidate selected is a career civil servant with no evident knowledge of or experience in our English-language education network. Meanwhile, the Minister of Higher Education quashed a badly needed expansion of the campus of an overcrowded Dawson College.

The English education community is hopping mad that the Coalition Avenir Québec government has named a new assistant deputy minister responsible for the anglophone system without consulting it.

It’s the second time in two months the government has ruffled the feathers of the English-speaking community.

Earlier in January, the Quebec Community Groups Network (QCGN) denounced the government’s decision to restructure the provincial access committee that for decades has been monitoring where, when and how health and social services are delivered to English-speakers across the province.

Francophones and non-francophones are at odds over the Quebec government’s desire to amend the Constitution Act of 1867 to recognize the Quebec “nation” whose “official” and “common” language is French.

As many as 79.5% of francophones – but only 25.2% of non-francophones – “strongly” or “somewhat” agree that Quebec should be defined as a nation in the Canadian Constitution, according to a Leger poll commissioned by the Quebec Community Groups Network (QCGN) and the Association for Canadian Studies. 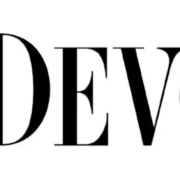 Within hours of the Meech Lake Accord on April 30, 1987, an Angus Reid poll conducted for Maclean’s magazine showed that 51 per cent of Canadians from coast to coast were in favour, 27 per cent were opposed and 22 per cent were undecided.

Condemnation of Bill 96 and Quebec’s self-proclamation as a nation was immediate: while all political parties represented in the House of Commons have indicated their approval, 70% of Canadians outside Quebec are opposed, according to the Leger poll commissioned by the Quebec Community Groups Network and the Association for Canadian Studies.

A group of suburban municipalities with bilingual status is calling for ‘balance’ and ‘respect’ ahead of major language reform set to be tabled in Quebec today.

Marlene Jennings, head of the Quebec Community Groups Network, or QCGN, said she finds it “very interesting” the bilingual status for some municipalities could change, given the CAQ’s stance, historically speaking.

French should be the only language given official minority status in Canada, the Quebec government says.

In document sent to the federal government representing Quebec’s vision of the Official Languages Act, Intergovernmental Affairs Minister Sonia LeBel says French should be the only language recognized as needing to be protected and promoted across Canada, including Quebec.

Any modernization of the language act should take into consideration Quebec’s specific situation as the heart of the French language in North America, the document says, and Ottawa should thus think more of “equity than equality” in its future orientations.

November 24, 2020 – Quebec’s Minister Responsible for the French Language, Simon Jolin-Barrette, announced on Tuesday a plan to table a bill aimed at strengthening French in the province.

“Quebec was born in French, and it will stay French,” Jolin-Barrette said at a news conference on Tuesday. Read more