This weekend marks the unofficial end of the political season. The National Assembly and House of Commons have broken for their summer recesses, and politics takes a deep breath for two months.

For Quebec’s anglophone community, however, this is no time to sit back and relax. In the fall, the community will be facing one of its greatest political challenges of the past 50 years as Bill 96, which injects steroids into Bill 101, will be going through parliamentary hearings and debate in the National Assembly. At the same time, there may be a federal election campaign. The Liberal government’s plan to enact changes to the Official Languages Act that dilute minority language rights of Quebec anglophones, would probably figure prominently.

The QCGN is gearing up for the public hearings through coalition-building and highlighting the impact of Bill 96 on individual freedoms.

Poll: Amending the Constitution and Recognizing the Quebec Nation 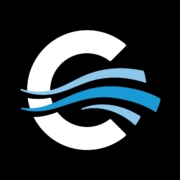