Quebec’s legislation to further enforce the use of French in the province creates an “opportunity” for the federal Liberals as a national election looms this year, says a veteran Quebec senator.

“Crisis equals opportunity,” said Dennis Dawson, who was appointed to the Senate in 2005 on the recommendation of then-prime minister Paul Martin after three terms as a Liberal MP for the Quebec City-area riding of Louis-Hébert.

Sylvia Martin-Laforge, the director-general of the Quebec Community Groups Network, said her organization views Bill 96 as “problematic” and that all sides are considering their options. 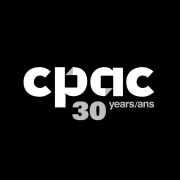 OPINION: The devil is in the myriad details with Bill 96