Quebec is putting Dawson College’s expansion plans on hold, despite promising the CEGEP millions for additional classroom space in 2020.

“The government has chosen to prioritize, in [McCann]’s words, ‘francophone’ students,'” Gauvin said.

“Dawson, like other English CEGEPs, has an enviable record of welcoming Quebecers of all backgrounds including a large number of students who completed their secondary school education in French,” she said. 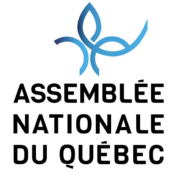 Montrealers to watch in 2021: Jennings ready to rumble for anglo rights