The Quebec government will not give a penny to expand Dawson College, Prime Minister François Legault said on Tuesday, judging that “it is better to expand the French-speaking colleges before increasing the capacity” of the 8,000 English-language college students.

The president of the Quebec Community Groups Network (QCGN), Marlene Jennings, was indignant at the “simply appalling” decision taken by the CAQ government. In her eyes, the team of François Legault leads a “persistent and relentless attack […] against the vitality of the English-speaking community of Quebec.” 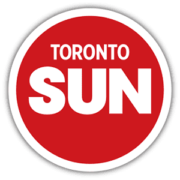