The Quebec Community Groups Network (QCGN) is inviting a wide cross-section of Quebecers to express their concerns and present recommendations on Bill 96, An Act respecting French, the official and common language of Québec, which aims to enforce and reinforce the Charter of the French Language (Bill 101).

The National Assembly’s special consultations and public hearings on Bill 96 will be held for nine days between Sept. 21 and Oct. 7. The Committee on Culture and Education is scheduled to hear from 51 groups and individuals – but only a handful of these, including the QCGN, represent Quebec’s English-speaking community.

“It is critical that voices of Quebecers are heard,” says QCGN President Marlene Jennings. “For that reason, the QCGN has decided to conduct a parallel consultation to measure the pulse of the community and to convey a strong and clear message to the government.”

English groups slam Bill 96, plan to protest in May 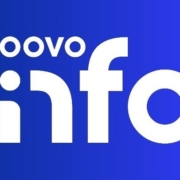 BILL 96 AND THE DEAF: THE UNINTENDED CONSEQUENCES OF LEGISLATION

QCGN Calls on Federal Parties and Candidates to Support the Language Rights...