Bill 96, officially titled An Act respecting French, the official and common language of Québec, is now working its way through the legislative process, destined for passage and assent by Her Majesty Queen Elizabeth II, likely before the end of the year. Whether the Coalition Avenir Québec (CAQ) government accepts some or any of the many changes various groups suggest remains to be seen. 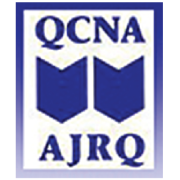 COMMITTEE DISCUSSES USE OF FRENCH IN PROFESSIONAL ORDERS AND THE WORKPLACE

Under Bill 96, Quebec will issue all birth and death certificates only in French

Provincial health access committee being reformed under the radar