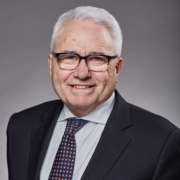 Raymond Théberge took office as Commissioner of Official Languages in January 2018. He had most recently served as president of the Université de Moncton. He has a doctorate in linguistics from McGill University and has worked with community organizations and the governments of Ontario and Manitoba. A franco-Manitoban, he is the first Commissioner who is not from Quebec or Ontario.

Official Languages in Canada: Giving the Past a Future 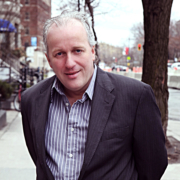 Dr. Jack Jedwab is currently President of the Association for Canadian Studies (ACS) and Metropolis Canada which administers the country’s largest conference on Immigration and Integration.  He is the publisher of Canadian Diversity magazine. From 1994-1998 he served as Executive Director of the Quebec branch of the Canadian Jewish Congress. He has a PhD in Canadian History from Concordia University.

The Official Languages Act from A-Z 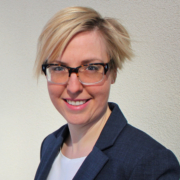 Marion Sandilands practices civil litigation, constitutional and administrative law at Conway Baxter Wilson LLP. After her call to the bar, she served as a law clerk to the Honourable Andromache Karakatsanis at the Supreme Court of Canada. She teaches Canadian Federalism Law at the University of Ottawa. She has appeared before the Supreme Court of Canada on matters of constitutional law and language rights. 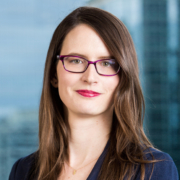 Audrey Mayrand practices administrative and constitutional law, with a focus on minority protection, at Power Law in Montreal. Previously, she served as law clerk to Justice Yves de Montigny of the Federal Court of Appeal and Justice Marie-Josée Bédard of the Federal Court and practiced administrative and constitutional law as legal counsel for a federal tribunal. She has guest lectured at the University of Ottawa and Concordia University regarding constitutional law and language rights in Quebec and has appeared before the courts on language rights matters.

Join France Fortier, Director of Operations and Regional Coordination and Josée Grimard-Dubuc, Director of Interdepartmental Relations and Accountability, of Canadian Heritage, will explore Part VII of the Act in greater detail and discusses the impacts it has on our community. Moderated by the QCGN’s Director General Sylvia Martin-Laforge. 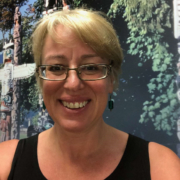 France Fortier is Director, Operations and Regional Coordination, within the Official Languages Branch at the Department of Canadian Heritage since January 2018. As part of her duties, she manages the grants and contributions official-languages support programs and is responsible for the implementation of the Action Plan for Official Languages 2018–2023 initiatives. France joined PCH in 2003 as a Policy and Intergovernmental Strategy Analyst and has held various manager positions over the past 12 years, mostly at the Official Languages Branch.

During her secondment at the Human Rights Program at PCH, she coordinated the first departmental conference on human rights in 29 years and was part of the Canadian delegation for Canada’s appearance before the UN Committee on the Elimination of Racial Discrimination. France also ensured the implementation of the LEAN approach as part of funding requests, an approach for which she received the Deputy Ministers’ Innovation Award in 2017. She studied at the Université du Maine, in France, where she obtained a bachelor’s degree in English, with a concentration in French as a foreign language, and took all the courses leading to a master’s degree in French as a foreign language at the Université de Rouen.

Before joining Canadian Heritage, Josée had been working with the Office of the Commissioner of Official Languages since 2014, as Manager of the Organizational Performance Support unit, and as Acting Deputy Director for the performance measurement of federal institutions with respect to the OLA. She implemented and managed a quality assurance and performance measurement framework for compliance programs, in addition to obtaining certification in Lean/Sixsigma process improvement and acting as a leader in organizational culture change towards Lean management and continuous improvement.

Josée also worked at the Office of the Commissioner for Federal Judicial Affairs as the manager of the language training program for federally appointed judges, the Canadian Defence Academy and the Public Service Commission, always in the area of official languages. 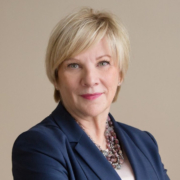 Sylvia Martin-Laforge, who has been Director General of the Quebec Community Groups Network (QCGN) for more than a decade, has vast experience at the federal government and government of Ontario dealing with linguistic minority communities as well as women’s and indigenous peoples issues. Prior to her taking the helm at QCGN, Martin-Laforge was involved in policy and program development in employment equity and linguistic duality. 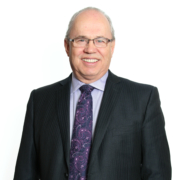 Jean Johnson is passionate about the Francophonie in Alberta and Canada. He has worked in the field of adult education and distance learning in both French and English. Mr. Johnson was president of Association Canadienne Française de l’Alberta (ACFA), the advocacy group for Alberta Francophones, from 2004 to 2009 and again from 2013 to 2017. He was elected president of the Fédération des communautés francophones et acadienne (FCFA) du Canada in June 2017. His main objective now is working to modernize the Official Languages Act. 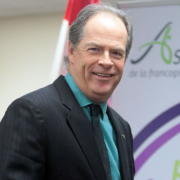 Carol Jolin, President of l’Assemblée de la francophonie de l’Ontario (AFO), has been active in the Franco-Ontarian community since 1983 – first as a language monitor, and then as a teacher in the Niagara region. Active in the Association of Franco-Ontarian teachers since 1992, he went on to become local President of the Centre-Est catholic board and then provincial President in 2012. He has served on numerous boards of directors, including: AEFO, the Ontario Teachers’ Federation, the Canadian Teachers’ Federation, Unique FM, and the Ontarian French Assembly, of which he has been President since October 2016. 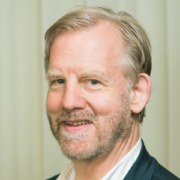 Geoffrey Chambers, President of the Quebec Community Groups Network, is interested in and generally knowledgeable about the cultural, geographical, historical, political and institutional character of Quebec’s English-speaking community. Through his participation in the Council of Quebec Minorities and his founding role in Alliance Quebec in the eighties, Geoffrey worked hard to support and promote the community’s interests through difficult, transitional times. He continued to work and advocate for the community’s interests in the nineties through his involvement in the Montreal Children’s Hospital and as Vice-President, Anglophone, of the Liberal Party of Quebec. More recently he has worked on education and health and social service policy. 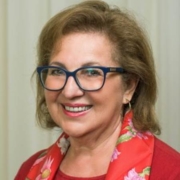 Prior to her retirement in 2014, Eva Ludvig worked for two decades as the Quebec Representative for the Office of the Commissioner of Official Languages. There she developed a deep understanding of the needs and issues of Quebec’s English-speaking community and worked very closely with its leadership on such issues as community and institutional vitality, support for English-language education and schools, as well as increased recognition and support for the community by both federal and provincial governments. Eva is an active volunteer in the private education system and received the Queen’s Diamond Jubilee Medal for her work in supporting Quebec’s Minority language community.

Commissioner Théberge will be wrapping up the conference by offering what we have learned and what the best practices going forward are.