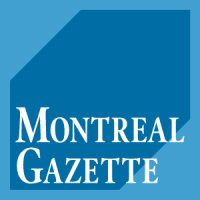 November 6, 2020 – After a challenging year that saw many of its members resign, newly elected Quebec Community Groups Network president Marlene Jennings says she’s ready to rebuild bridges and reach out to anglophones across the province.

Jennings was elected president at the QCGN’s annual general meeting Thursday evening. A former Liberal MP who has been serving as the network’s treasurer, Jennings replaces Geoffrey Chambers in the role. Read more.

The Quebec Community Groups Network Has a New President!