It’s electoral mathematics. There are simply many more francos than non-francos, controlling many more seats in Parliament and the Assembly.

“It’s because you don’t count.”

That’s what a francophone journalist told me back in 2003, after I remarked to him that the non-francophones who were the Quebec Liberal Party’s most loyal supporters were underrepresented in Jean Charest’s new Liberal cabinet. 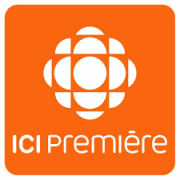 Macpherson: A call to ‘extinguish’ minority dissent in Quebec