The Government of Canada’s Bill C-13 continues to progress slowly through the legislative process in
Ottawa. Introduced in March 2022, C-13 now sits with the House of Commons Standing Committee on
Official Languages, which began its first of eight meetings for clause-by-clause consideration of the
legislation on December 13th. Barring anything extraordinary, the Committee is unlikely to send its report
on C-13 to the House before mid-March 2023. If C-13 is subsequently adopted after third reading in the
House, it will be sent for consideration by the Senate. All this means is that it is unlikely that C-13 will pass
into law until late spring at the earliest.

This is good news for English-speaking Quebecers. The QCGN, many other organizations, and legal experts
have grave concerns about C-13, which will change federal law to acquiesce to the Charter of the French
Language that as amended by Bill 96 now uses the notwithstanding clause to deny the fundamental rights
and freedoms of our minority community. Inclusion of the Charter of the French Language within the quasiconstitutional Official Languages Act and other proposal within C-13 will seriously impact the judicial
interpretation of the language rights of 1.3 million English-speaking Quebecers.

Bill C-13 will be passed, the consequences be damned 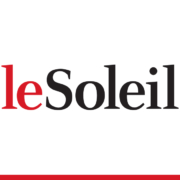 English is not in peril in Quebec, François Legault says

Preliminary Analysis of Bill C-13, An Act for the Substantive Equality of Canada’s Official Languages