Brian Rock hopes to save English school boards from the clutches of the CAQ government, and he’s not alone. In January, Rock formed Citizens of the Outaouais for the Future of English Education in Western Quebec, or COFFEE-WQ.

A Montreal-based group has also arisen to combat the possible abolishment of school boards. The Alliance for the promotion of Public English Language Education In Quebec – APPELE-Quebec – will be among the network regional groups that COFFEE-WQ will work with and under.

People can get involved by emailing coffeewq@gmail.com or calling Rock at 819-968-4300. 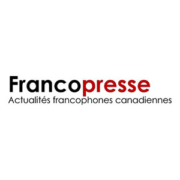 Minority Language Education Rights: A Wave of Judicial Battles in the Offing

Families, staff ‘thrown into flux’ by transfer of 3 EMSB schools to French board