Clifford Lincoln will receive one of the QCGN’s Goldbloom Award on October 26 for his contributions to Quebec’s English-speaking community. Clifford marked the provincial politics after being elected in the wake of the 1980 referendum when he resigned from Bourassa cabinet in 1989 over the premier’s decision to use the notwithstanding clause on a Supreme Court ruling favouring bilingual signs.

He moved on to federal politics, representing Lac-Saint-Louis riding from 1993 to his 2004 retirement. While Clifford Lincoln still calls Quebec home, he hopes to see reversed the trend of seeing children departing their province for a better future. 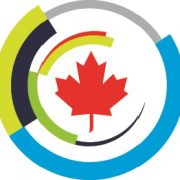 Right on the mark, Clifford Lincoln remains a man of principle