The Quebec Community Groups Network is urging the Quebec Government to withdraw Bill 96 and take the time needed to build a consensus on how to best promote French as Quebec’s common language. Appearing before the National Assembly’s Committee on Culture and Education Tuesday, the QCGN also raised significant concerns about the proposed unilateral amendment to the constitution, the pre-emptive use of the notwithstanding clause, and the definition of Quebec’s English-speaking community.

Montreal, September 21, 2021 – Canadians have voted, and the results from the 44th federal election
are in! The Quebec Community Groups Network (QCGN) wishes to thank all candidates, political parties,
and volunteers for the work they put into the election, and those who took the time to vote.

“We extend our congratulations to the Liberal Party of Canada, which will form the next minority
government, and look forward to continuing its work with all Parliamentarians to enhance the vitality of
Canada’s English linguistic minority communities and protect and promote the core national value of
linguistic duality,” said QCGN President Marlene Jennings.

Today marks the start of hearings of the National Assembly Committee on Culture and Education on Bill 96, An Act Respecting French, the Official and Common Language of Québec. This represents a critical part of our democratic process even though regrettably only a very limited number of Quebecers have been asked to share their views on what is the greatest overhaul to Quebec’s legal order since the Quiet Revolution.

Kevin Shaar, vice-President of the QCGN, delivers the closing remarks on the final day of the QCGN’s Public Hearings on Bill 96, An Act respecting French, the official and common language of Québec.

As Canadians head to the polls Monday, English-speaking Quebecers are confronted with an unprecedented set of proposed violations of our fundamental rights and freedoms. Unfortunately, few candidates and none of the main political parties have pledged to defend our community from these recent attacks – or to safeguard Canada’s linguistic duality.

When it adopted the Charter of the French Language more than 40 years ago, the Quebec National Assembly embraced an enduring and essential commitment: to pursue the Charter’s objectives “in a spirit of fairness and open-mindedness, respectful of the institutions of the English-speaking community of Quebec, and respectful of the ethnic minorities, whose valuable contribution to the development of Quebec it readily acknowledges.”

Bill 96 fails to live up to this commitment. This proposed legislation represents a serious danger to the linguistic peace that Quebecers have worked so hard to achieve over the last half-century.

The Quebec Community Groups Network (QCGN) is inviting a wide cross-section of Quebecers to express their concerns and present recommendations on Bill 96, An Act respecting French, the official and common language of Québec, which aims to enforce and reinforce the Charter of the French Language (Bill 101).

The National Assembly’s special consultations and public hearings on Bill 96 will be held for nine days between Sept. 21 and Oct. 7. The Committee on Culture and Education is scheduled to hear from 51 groups and individuals – but only a handful of these, including the QCGN, represent Quebec’s English-speaking community.

“It is critical that voices of Quebecers are heard,” says QCGN President Marlene Jennings. “For that reason, the QCGN has decided to conduct a parallel consultation to measure the pulse of the community and to convey a strong and clear message to the government.”

MONTREAL, August 16, 2021 – With Canadians scheduled to go to the polls September 20, the Quebec Community Groups Network calls on all federal parties and candidates to commit to support the language rights of English-speaking Quebecers.

“We are opposed to the Government of Quebec’s pre-emptive use of the notwithstanding clause to suspend the fundamental freedoms, legal, and equality rights of its citizens under Bill 96, An Act respecting French, the official and common language of Québec,” commented QCGN President Marlene Jennings. “The Government of Quebec is proposing to create what we are calling a Charter-free zone that would make the National Assembly – not the courts – the arbiter of the balance between collective and individual rights and freedoms.”

The Quebec Community Groups Network (QCGN) is deeply disappointed that the Government of Quebec is severely limiting participation in public hearings on Bill 96 and that it did not issue a wider invitation to Quebecers. Instead, government officials pre-selected participants with a strong bias in favour of the legislation.

The Committee on Culture and Education announced yesterday that it is holding public consultations on Bill 96. It plans to hear from 50 groups and individuals between September 28 and October 7. There are only three groups representing Quebec’s English-speaking community, including the QCGN. 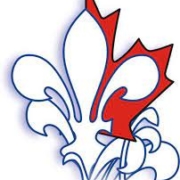 The members of the elected Board of Directors of the Regional Association of West Quebecers (RAWQ) issue the following statement on the official languages of Québec and Canada.

However, we have great difficulty in observing a provincial government with a substantial majority of seats in the National Assembly of Québec continuing to resort to the undemocratic tactic of closure (le bâillon) to silence debate from the Official Opposition and the two other opposition parties.