MONTREAL, October 24, 2019 – Bill 40, the Coalition Avenir Québec government’s plan to abolish school boards, violates the constitutional rights of Quebec’s English-speaking community. The Government should exempt the English system from its reform, pending a full consultation with the community.

“Schools are core institutions of the English-speaking community,” said Geoffrey Chambers, President of the Quebec Community Groups Network (QCGN). “The province has a responsibility to design an educational governance structure that protects and enables the English-speaking community’s management and control over our constitutionally guaranteed minority language education.” 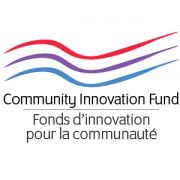 Montreal – November 12, 2019 – Quebec’s English-speaking youth and seniors will benefit from $1.1 million to learn new skills, find jobs, and fight isolation thanks to the renewal of the Community Innovation Fund (CIF).  This second round of financing will help community organizations across the province pilot socially innovative projects supporting youth and seniors between 2020 and 2023.

“The first round of CIF funding, which ran from 2016 to 2019, injected a total of $1 million into 10 innovative projects that truly transformed the lives of many individual English-speaking Quebecers,” said John Buck, Project Advisory Committee Chair and CEO of the Community Economic Development and Employability Corporation (CEDEC). “Targeting the particular priorities of our community’s youth, seniors, and caregivers as well as newcomers, the Fund empowered community groups to tackle pressing social issues more effectively.”

MONTREAL, November 5, 2019 – The Quebec Community Groups Network (QCGN) profoundly regrets the very public departures of a half dozen board members.

“This is not surprising. We advised them last week they were no longer directors of the QCGN board,” said QCGN President Geoffrey Chambers. He noted that members of the dissident group are affiliated with five of the groups which withdrew their memberships last week.

“I find it most regrettable that these former board members feel the need to engage in this very public squabble while our community faces significant challenges,” added QCGN Vice-President Gerald Cutting, who is also President of Townshippers’ Association. “If you are committed to fighting for the vitality of our community, we need all hands on deck at this critical juncture.”

The Executive Committee of the Quebec Community Groups Network has written to its members to discuss the resignation of some member organizations. In response to criticism of former members, the committee writes that the QCGN has “taken forceful and principled positions in defense of English-speaking community rights and in cases such as the securing of our institutional heritage and the design of health service guarantees under Bill 10.”

MONTREAL, October 24, 2019 – The Quebec Community Groups Network was saddened and deeply disappointed to learn this week that nine member organizations have withdrawn from our Network.

“While these groups are active in regions that are home to fewer than three per cent of English-speaking Quebecers, these are important members of our official language minority community,” said QCGN President Geoffrey Chambers. “The QCGN, which has networks and stakeholders all across the province, will continue to advocate for and represent the interests of all English-speaking Quebecers.”

MONTREAL, October 23, 2019 – Following this week’s election, the Quebec Community Groups Network is looking forward to continuing to work with the Government of Canada and parliamentarians to ensure the delivery of a modern Act that reinforces the principle of the equality of status of English and French – particularly in all institutions subject to the Act.

“Our community made its presence felt Monday night in key regions of the province,” said Geoffrey Chambers, president of the QCGN.  “We continue to enjoy a significant voice in federal elections, and we expect the concerns of our official language minority community to be represented and considered by all parties in the new Parliament.”

“Each leader chosen has in their own way added to the vitality of English-speaking Quebec in an exemplary fashion,” QCGN President Geoffrey Chambers said. “Each has taken an inspirational path that has helped advance our collective cause and move us toward the greater good.”

Winnipeg – September 25, 2019 – Section 23 of Canada’s Charter of Rights and Freedoms –which guarantees minority language educational rights to French-speaking communities outside Quebec and to the English-speaking minority within Quebec – requires a generous and expansive interpretation that favours all official language minorities throughout Canada.

This is what the lawyerfor the Quebec Community Groups Network (QCGN) will plead Thursday as the Supreme Court of Canada hears arguments in the case of Conseil scolaire francophone de la Colombie-Britannique v. British Columbia, at proceedings taking place in Winnipeg, Man.

“The QCGN is showing solidarity with Francophone minority organizations in calling for a broad and generous interpretation of Section 23,” QCGN President Geoffrey Chambers declared. “We aim to remind the court that this section applies to English-speaking as well as French-speaking minorities and explain why management and control of minority-language education is equally important in the Quebec context.”

Montreal, Sept. 20, 2019 – A recent poll concludes that a strong majority of English-speaking Quebecers have far greater trust in their own institutions than in the Quebec government to address the concerns of Quebec’s English-speaking communities.

On Saturday over fifty English-speaking youths between the ages of 18 and 26 from across Quebec will gather on the campus of Bishop’s University in the Eastern Townships for a week-long immersion into Quebec society.

The Forum’s program will provide the young people an opportunity to learn, share, inspire and be inspired. Participants will come together and meet with politicians, business leaders, civil servants, not-for-profit leaders, journalists and university professors to benefit from their perspectives on Quebec. Over the week, participants will develop position papers on legislative changes they want to see in Quebec which they will present to a mock Parliamentary Commission on Thursday.