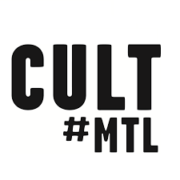 We spoke to anglos who (actively) support the protection of the French language, cementing the fact that language debates are a thing of the past.

They say that nothing is certain in this world but death and taxes. And, if you live in Quebec, you can also add contentious language debates to that.

Last week a simple tweet by the OQLF recommending people and businesses use “à emporter” instead of “take-out” got the fireworks started again. The tweet itself was nothing special. Part of the OQLF’s mandate is to promote the proper French terminology, as I alluded to in a column a few weeks ago.

It’s been a year since West Island Liberal MNA Greg Kelley audaciously tabled an opposition member’s bill in the National Assembly to amend Quebec’s French Language Charter to establish free French instruction for anyone who resides in the province.

I commend his effort, which can help anglophones and immigrants improve their prospects in Quebec. However, it comes as no surprise the Coalition Avenir Québec government has yet to act on this olive-branch proposal.

How many think Abraham Lincoln, who freed the slaves, was a Democrat? How many think that Pierre Trudeau, who gave us a charter of rights, opposed Bill 101?

As we hear about Justin Trudeau’s new-found preoccupation with strengthening French in Quebec, many point out that his support for Bill 101 is a case of unlike father, unlike son. Well, as President-elect Joe Biden might say: here’s the deal. Visiting France in 1970, two years after his first election, and six years before Quebec elected its first separatist government, Pierre Trudeau stated: the day French and English are equal in Quebec is the day French is finished (“foutu”). When, in 1974, Liberal Premier Robert Bourassa’s Bill 22 made French the official language of Quebec for the first time, Trudeau’s sole objection was to the word “official”, because it embarrassed him in places like British Columbia, where he was hawking his wares under the federal Official Languages Act.

If Quebec applied Bill 101 to federal entities it would exclude Quebec anglophones from services and opportunities and would be a slippery slope to a national unity crisis.