Montreal, February 4, 2020 – APPELE-Québec is disappointed with the Government of Quebec’s hasty decision to reject the proposal for a court reference to decide whether Bill 40 is constitutionally sound.

APPELE-Québec had asked that the Quebec government to submit a reference to the Court of Appeal in relation to Bill 40; An Act to amend mainly the Education Act with regard to school organization and governance.  APPELE-Québec maintains that it is reasonable and responsible to seek the Court’s guidance before Bill 40 is adopted or at least before it is implemented. 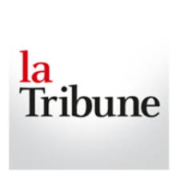 English School Boards will Challenge the Reform in Court

English community groups in Quebec to challenge Bill 40 in court