“With English-speaking Quebecers bluntly saying they feel like a “square peg in a round hole,” a cabinet minister says a plan to deal with the community’s frustration and angst will go beyond symbolism and offer concrete ideas to ensure its vitality.”

On the eve of a Montreal forum gathering minority English-language groups from across the province, the Minister responsible for relations with English-speaking Quebecers, Kathleen Weil, reported productive discussions about the future of the community during her visits of the past two months across the province. The list of grievances that has emerged: breaking the myth of wealthy privilege; increasing the number of English-speaking Quebecers within the Quebec public service; and others.

The Quebec Community Groups Network welcomed news of the forum and the promises, but said successive government have failed to act on those promises. Communications director Rita Legault said the QCGN is counting on the Minister to come up with an action plan that will make a real difference for English-speaking Quebecers.

Quebec unveils where $7M earmarked for Anglos will be invested 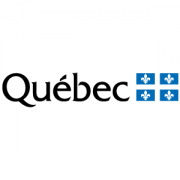 Press Release: Ministers Gaétan Barrette and Kathleen Weil present new members of the Provincial Committee for the Provision of Health and Social Services in the English Language (in French only)

Quebec’s next budget to address needs of anglophones: Weil